When we were asked to blast clean 21,000m2 of internal structural steelwork, to a surface preparation level of Sa2, our first thought fell to logistics!

Not only moving our staff safely around a 15 story Canary Wharf building, but the shear tonnage of blast media required to complete such a task. Using over 80tons of blast grit across the complete project, our staff were required to think on their feet. With limited operating lifts, new materials were delivered and distributed in harmony with waste material being removed from site.

Working alongside LDD dust control was a major factor throughout the project. With putting so much compressed air into the building any air and dust will inevitably find its way out. Using heavy polythene sheeting to divide the workspace and RVT dust control equipment to create a flow through the working area. Dust Escape was kept to a minimum but when the dust did escape, we stopped works temporarily to address.

Another factor when working with large amounts of compressed air is the noise generated. Not only from the Diesel compressors but from any small leak or the Blasting Equipment itself. To Address this the compressors were placed well out of the way of other trades on the ground floor of the building and the airlines fed through a suitable riser to the level being worked upon.

Each level was given over to the Blasting operatives and following painters to minimise the exposure of other trades to the noise and dust generated during the works. 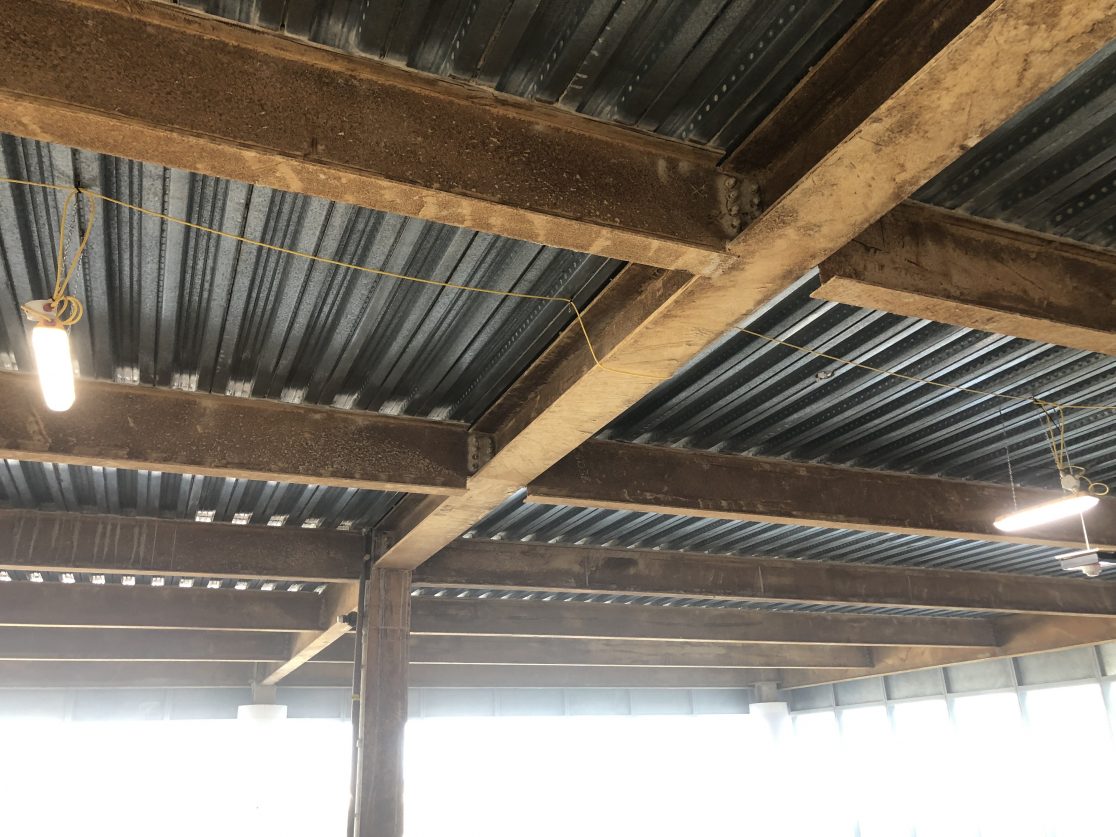 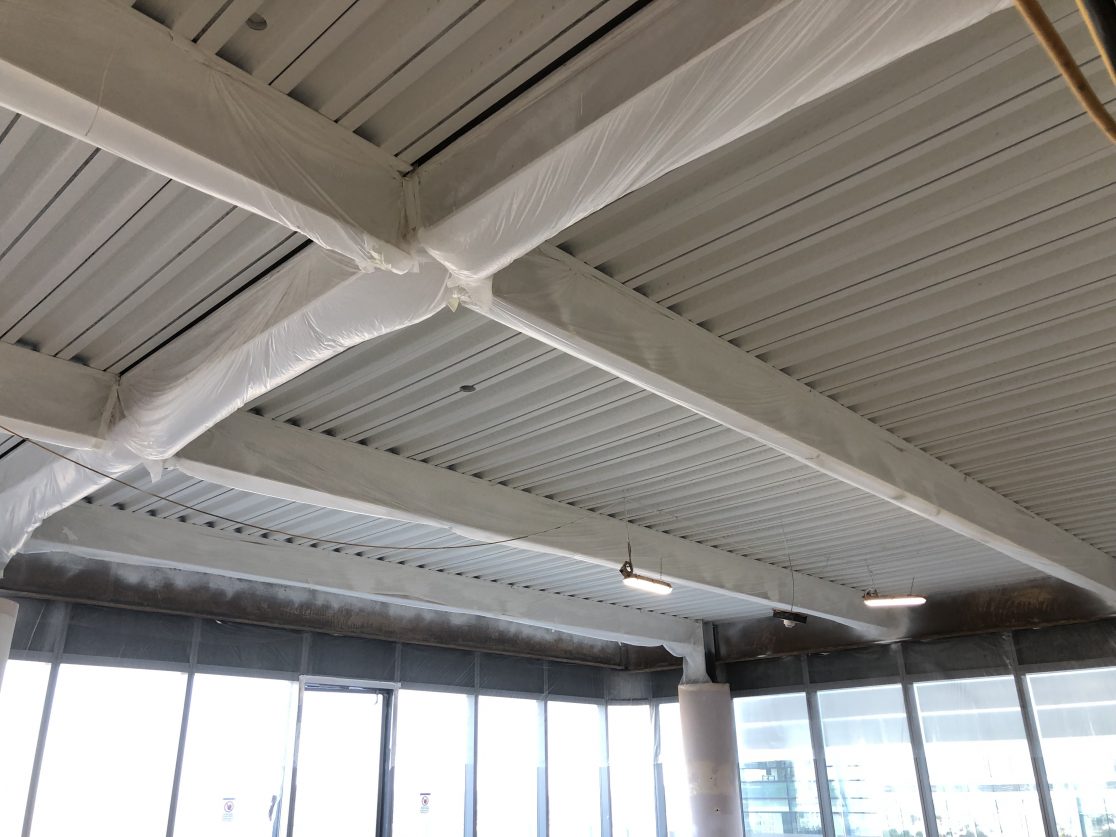 Beams once all Paint Coats have been applied 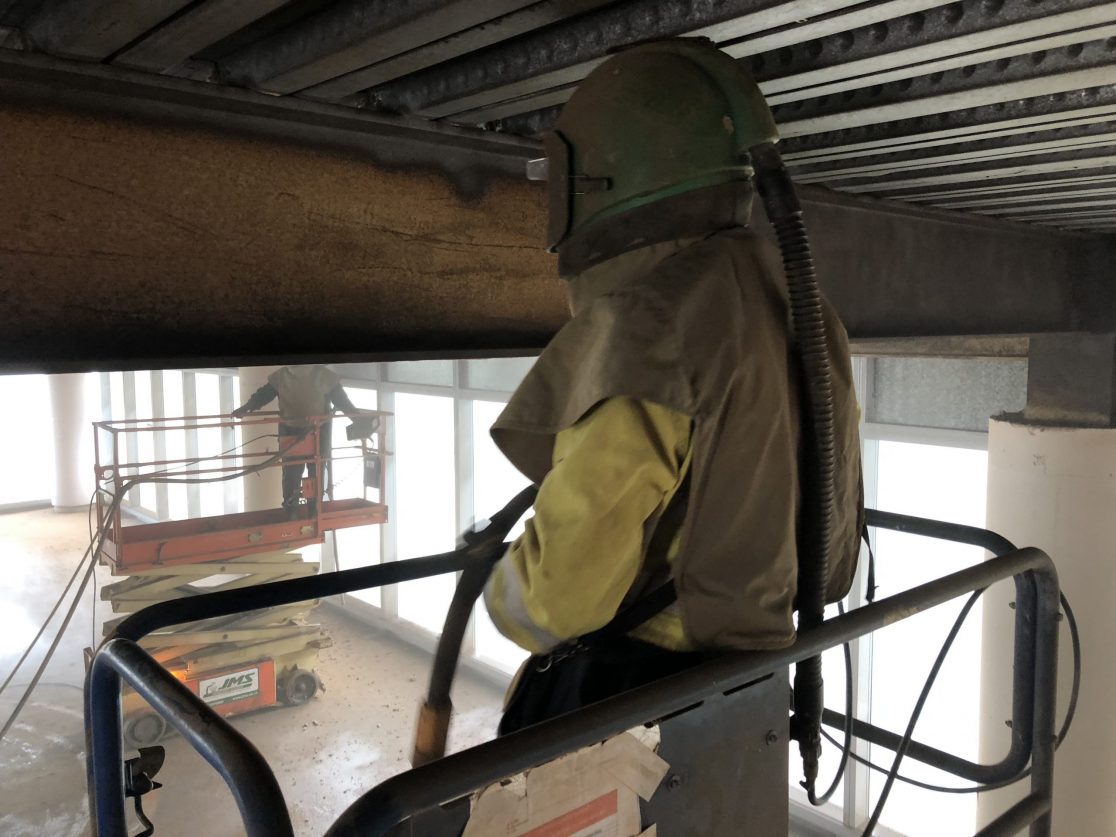 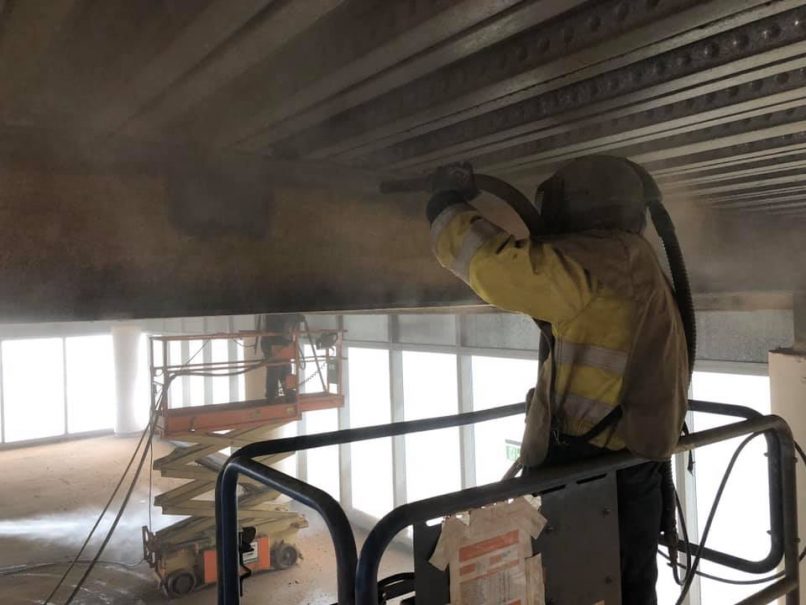 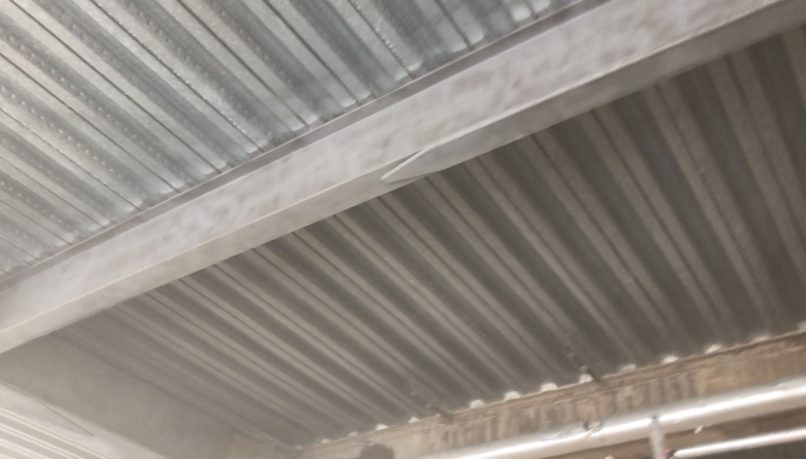 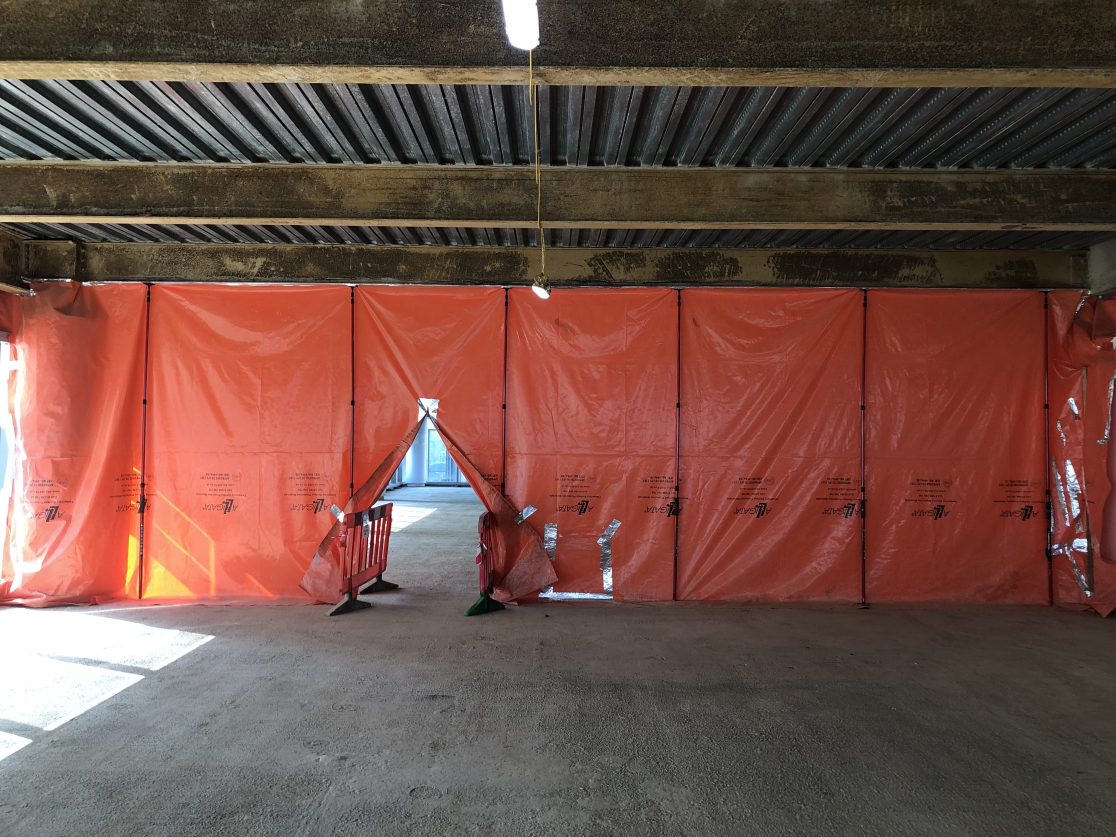 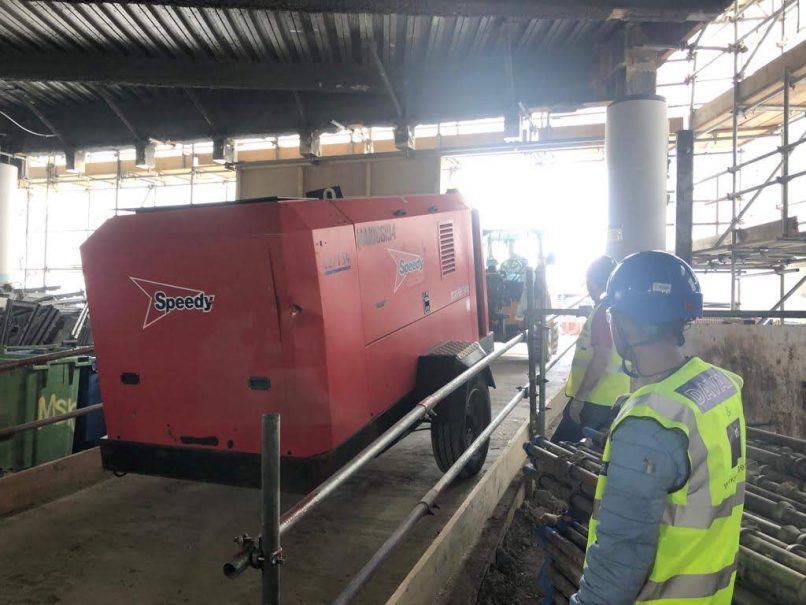 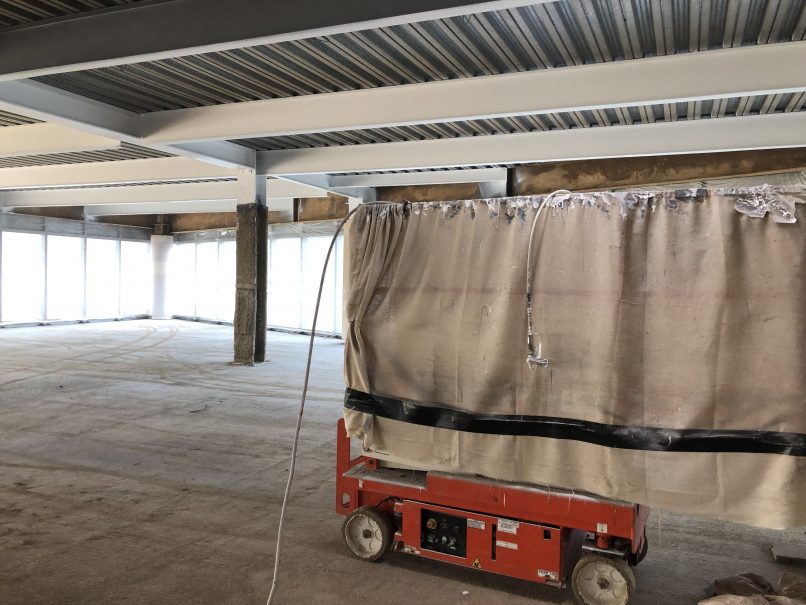 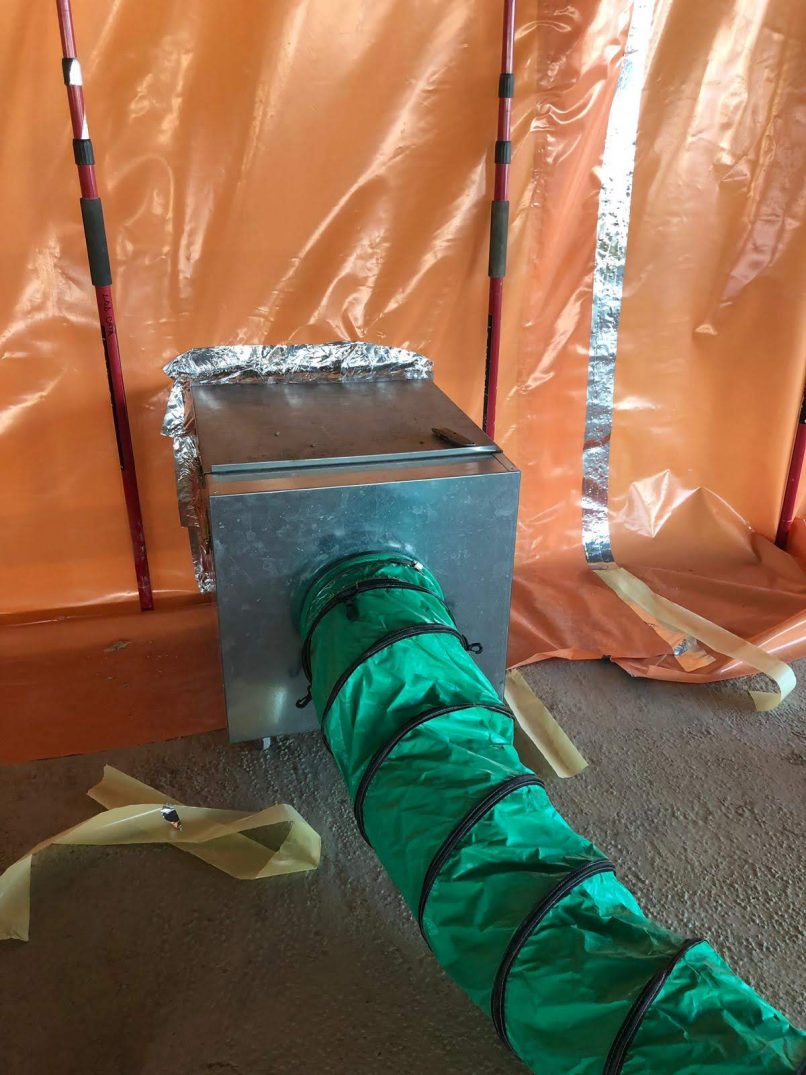 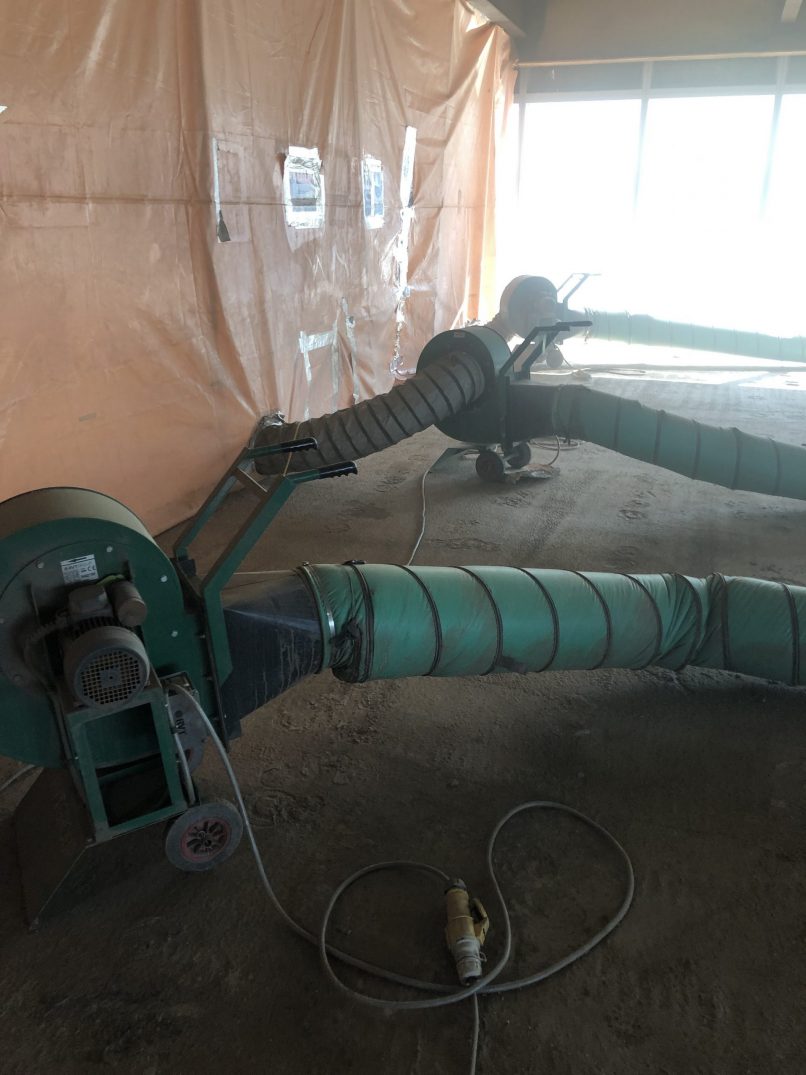 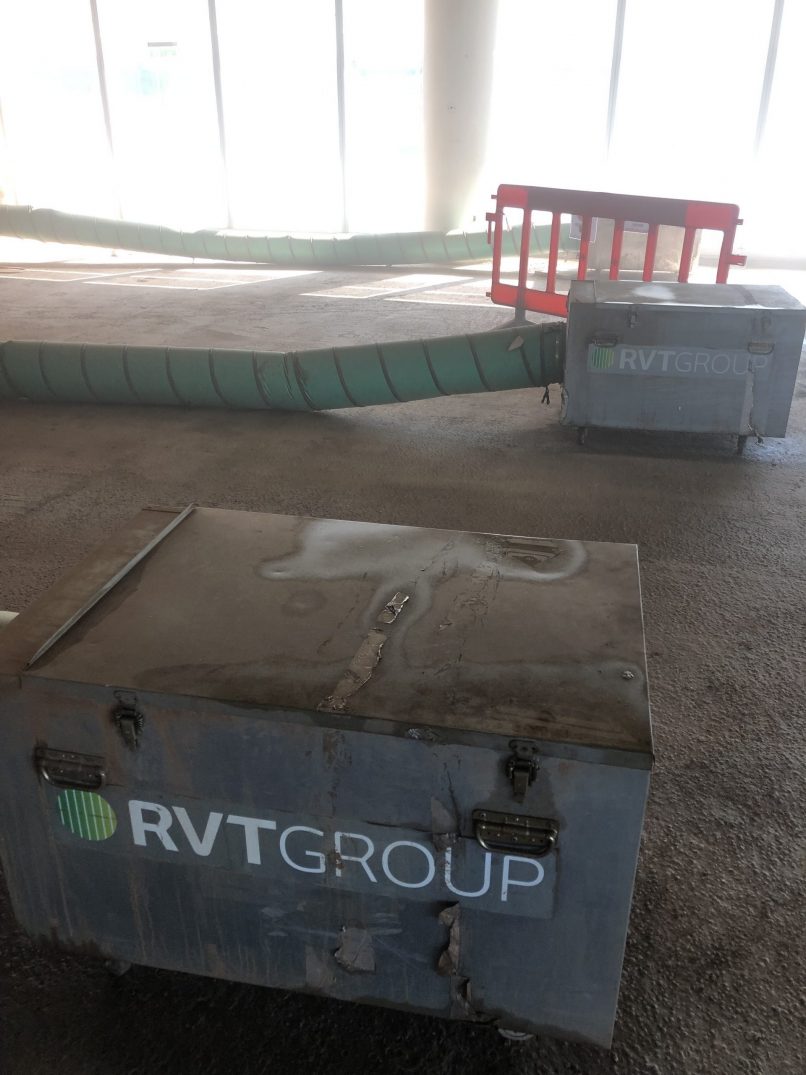 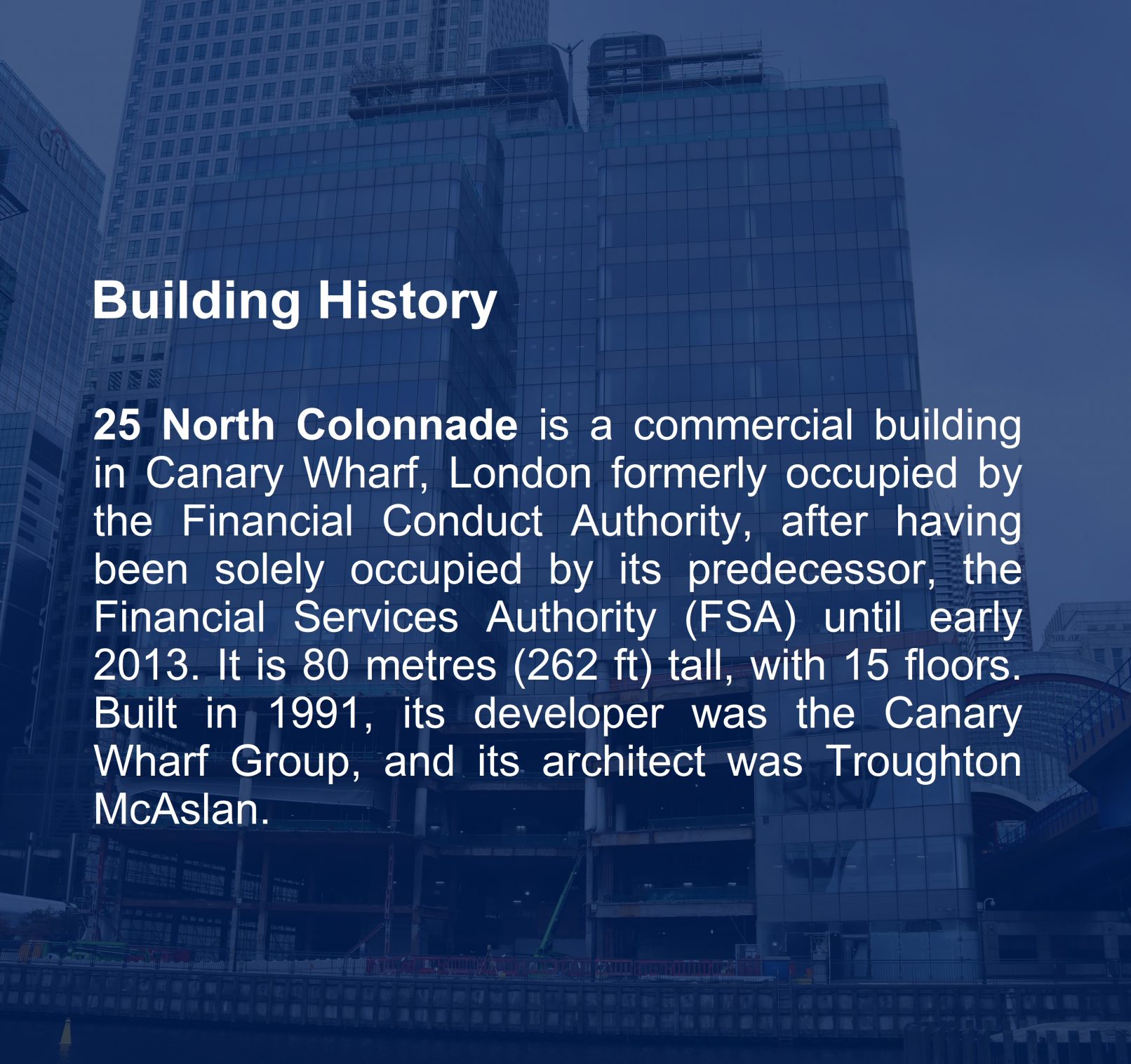